Dangers of employee of the month

Reward and recognition schemes for employees are not always the most welcome of activities, which seems odd when you consider that the idea behind these schemes is to reward good behaviour –from 100% attendance to going that extra mile. 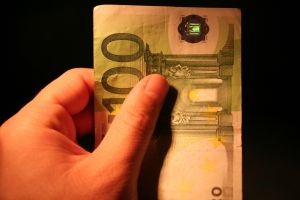 In many cases, these reward schemes are subjective in nature – after all, are employees really aware of how the decision to award the prize to which employee is made? – and can become divisive in nature. They can create a groundswell of jealousy and threaten the very cohesive team nature you may be wanting to create.

Now is the time to cast wider with ideas for rewards and recognition schemes; rather than simply opting for ‘employee of the month’ or ‘sales person of the year’, it is time to ring the changes. Having said that, these titles can be useful in some settings but in a care setting, a hospital ward, restaurant etc. these recognition and titles are of no use.

But, they are known to create divisions and bad feeling amongst staff, presenting management with an interesting balancing act! When the scheme becomes jaded and old, employees themselves can feel uncomfortable about being nominated; in many cases, people feel that rather than being singled out, the team should be recognised.

In some cases, the schemes fail as the employees no longer value the scheme and what it produces – a common example are the birthday cards that some companies send their employees. They are often seen as too routine, too contrived and not really thought about.

Suggestions boxes are commonplace in many businesses too… but can also be spotted in the corner,  gathering dust, unused and forgotten about.

In these cases, the reward schemes are failing because they are not linked to the company’s values and aims. Once you have decided on a scheme that fits your business ethos, you need to stay on top of it, creating and updating the scheme every quarter (at least).

The 3 factors that contribute to reward scheme success

Money for some people is a great motivator but, the impact and motivation is short lived. Although it can highlight success in the short term, giving money as a reward rarely creates a culture of value and recognition that can be sustained.

Creating meaning within a reward scheme can be a great way to instil social good across the work community. Some businesses throw themselves in community charities that fit with their business or industry. However, rather than just ‘collecting money’ or some other inane task, employees are given genuine time to become involved in this charity. By doing this, employees enjoy being given time away from their job and the whole ethos of working together filters back into the business too. A win-win situation all round.

However, if you are determined that you want to run an employee based reward system that the one element that MUST be present is the fact that the reward is personal to that person.

To that end, you will need to know your employees; Miriam in the canteen may love a £25 book voucher for her constant attention to detail but, Dave in accounts may find this voucher a distinct ‘cop out’; a cinema ticket for him and his girlfriend would have more welcome.

So, thinking through rewards and schemes are important; one company offered their employees who had been working a large project, working many hours to complete it were offered a night out with a free bar. The company were somewhat dismayed to find that their team stayed for a drink and then left; it seemed they wanted to spend the time with their families and partners, the very time that they had been missing out on by working so late.

If nothing else, it seems that anything that is too complicated or complex to become involve with is doomed to failure before it starts. Thus, the third important factor is simplicity.

Sometimes, having your efforts recognised by senior management can be enough to make someone feel valued and appreciated. In larger companies, there can be a gulf between the people ‘at the coal face’ and the people at the top, ‘in the ivory tower’. Having this person going out of their way to talk to an employee, recognising what they do, is a great way of making contact with employees. But, this is a face to face informal meeting; the boss dropping by, NOT summoning the employee to the office or sending an email!

Reward schemes are a great way of people feeling appreciated and valued BUT, they need to be right… otherwise, they can fall flat and create the opposite atmosphere to what you are attempting to create.